My third guide to alternative New York for returning visitors is a collection of the best bits of Brooklyn that we found.

Brooklyn has become a destination in itself, most notably from the rise of Airbnb – and other ‘homestay’ options – allowing residents to earn a supplementary income and tourists to enjoy a more affordable break.

💸 Visitors spend significantly in the neighborhood in which they stayed: 57 per cent of their total spend to be exact

🌇 The listings tended to be outside of areas with concentrated numbers of hotels bringing tourism to new neighborhoods – HELLO BROOKLYN!

So if you’ve done Manhattan, what is there to do in Brooklyn?

If you follow my Instagram you’ll know I’m a fan of a cemetery when I’m on my travels so I had absolutely no qualms about visiting even without knowing its background before we arrived.

Its sign outside explains its significance better than I ever could: “This site possesses national significance in commemorating the history of the United States of America.  Established in 1838, this was the largest and most varied of the early American rural cemeteries, carefully sited with dramatic views of the city and harbor beyond”.

We walked there from Industry City after visiting Camille Walala’s mural (see my Alternative Guide to New York #2 – Urban Art).  It was a super hot day and there’s no refreshments on site so do make sure you pack a bottle of water and maybe even a picnic.

Approaching the gates to the cemetery you’re met with an amazing gothic style entrance gate (built 1861-65), and, if you’re lucky, a site guide with maps and books on a cart (not at all as old).  The guide was an older lady and incredibly charming.  The cemetery is quite big and she pointed out the best bits for us to look at, both on the map and with directions too.

We first walked to the main chapel building and had a quick look around and took some photos of the stained glass windows. It was worth popping in, but it’s not super significant in any way. 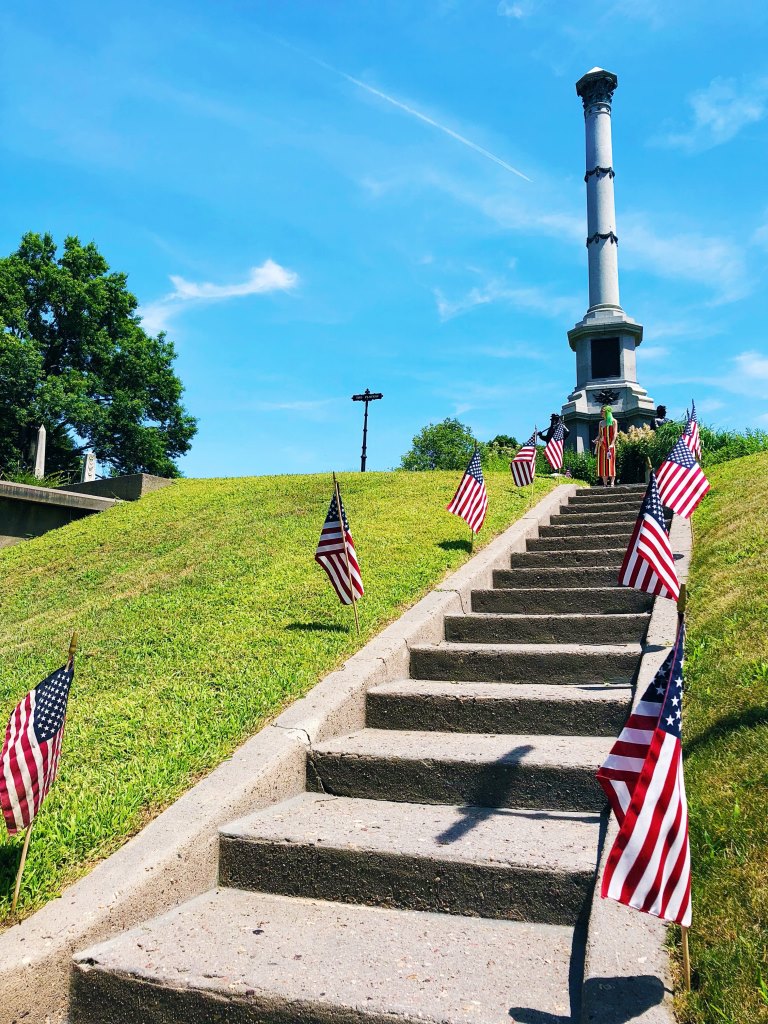 After, we scaled Battle Hill –  the highest natural point in Brooklyn – where on 27 August, 1776, the first major battle of the American Revolutionary War to take place after the United States declared its independence on 4 July earlier that year.

Up there there’s some decent views of the harbour and Manhattan. What is also very cool is that there is a statue of Minerva up there, Goddess of battle and protector of civilisation. She’s considered sister to the Statue of Liberty, and is actually facing and waving at her.

The Brooklyn Flea is Brooklyn’s largest flea market for vintage, design, antiques, collectibles, and food, open every Saturday (at Industry City) and Sunday (in DUMBO).  There’s vintage, makers and food and drinks provenders, more than 80 stalls selling one of a kind and limited editions. 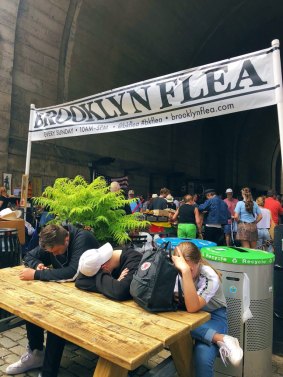 There was some really eye opening stalls there including some quite vintage political and offensive paraphernalia which I can’t imagine always goes down well.

There was one vintage clothing stall selling fabulous jumpsuits and dresses for the 70s, but the trouble with vintage is finding what you like in your size!

It was quite nice to mooch around DUMBO too, and catch this archetypal photo: 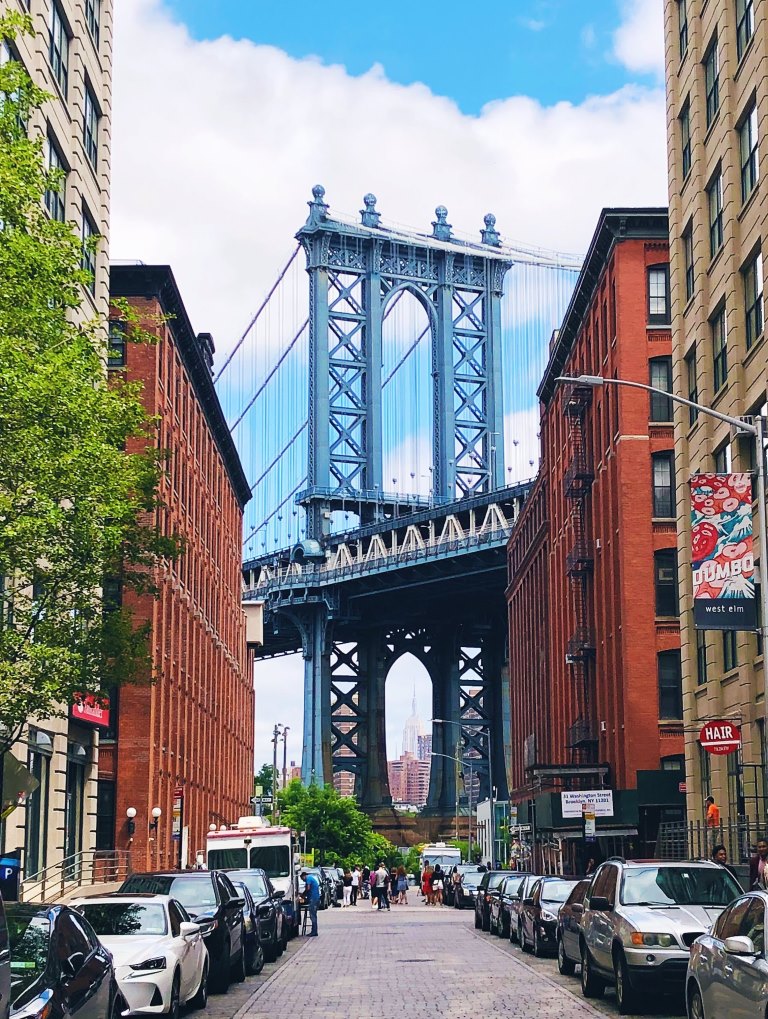 Smorgasburg is a massive food festival – in fact largest weekly open-air food market in America according to their website – attracting 20,000-30,000 people to Brooklyn each weekend to eat from 100 local sellers.

On Saturdays it’s on the Williamsburg waterfront and on Sundays it takes place in Prospect Park.  We visited on Sunday after the Brooklyn Flea at DUMBO.

If you love food then it’s important that you ensure you have an empty belly when you go to Smorgasburg. Be strategic on this one. You need to maximise the opportunities here.

🍗 I started with Rooster Boy, a modern take on traditional Japanese Fried Chicken.  I had boneless nuggets with spicy sauce and it came with a little side of slaw.  This seemed suitably like a starter to me. Honestly I am salivating looking at the photo. I love a juicy chicken fillet with a crunchy coating!

🥡 Next I decided on a mix of dumplings from Mao’s Bao.  There was quite a few dumpling stands there but Mao’s attracted me because they had the menu option of having a selection.  Some of the other sellers specified ‘one flavour/ 4 pieces’ and that just ruined my holiday vibe.

🍦 It ended on a (sugar) high with an ice cream from Bona Bona.  I’d spied that seller when I got there and made sure there was enough room in my dessert stomach to try it.  It’s eye catching because of their gimmick factor: each ice cream on a cone (or in a bowl) is topped with a swirl of soft meringue that’s blow-torched while-you-wait.

With every gimmick is an anxiety factor that it might be all-style and no substance.  But when you see the menu you’re comforted that these aren’t your regular mass produced selection.  I had B-Dough (brownie cookie dough) and Jenna had the very joyful looking rainbow cookie.

Bona Bona has been sent to New York from the ice cream angels 🍦. 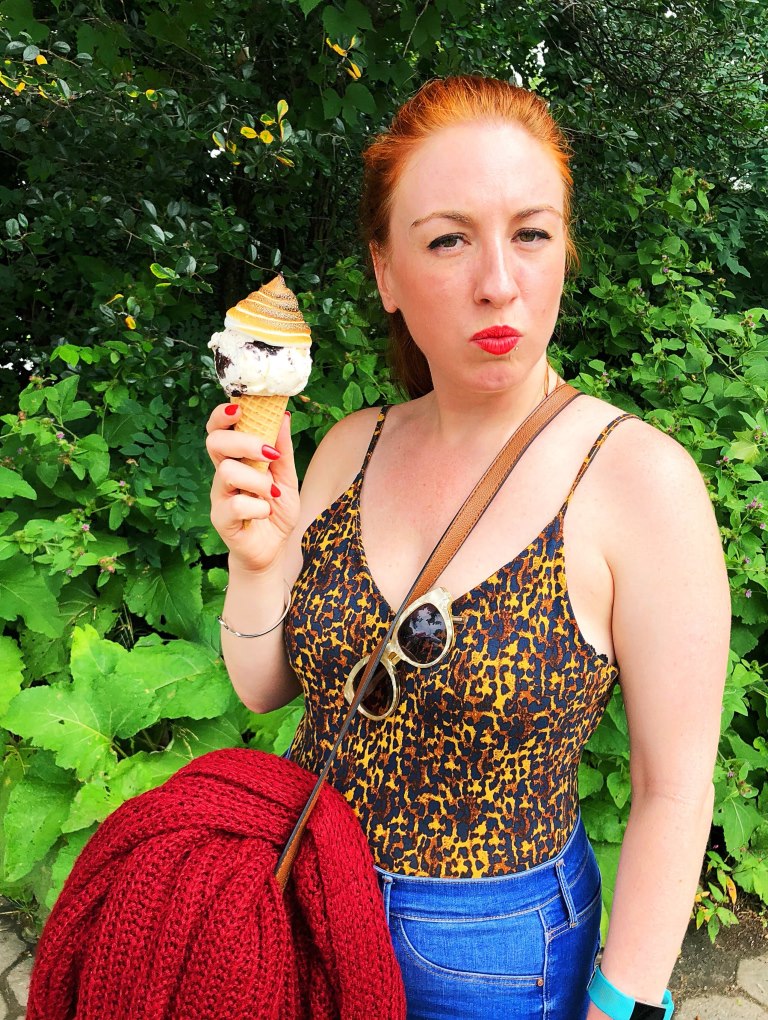 It’s also a great place for people watching.  We watched some young ‘uns taking photos of themselves with their Bona Bona ice creams (they’re very instagrammable to be fair) for a long time as their hands became more and more stickly soaked in the July heat.

There’s some picnic tables there, but not enough. I recommend taking a carrier bag or even a blanket to sit on, as there’s a few ants on the ground what with all the delicious crumbs.

I could probably spend hours idly wandering around the streets of Brooklyn, the brownstone buildings so recognisable as New York City.

So imagine happening upon this mental house in the middle of a row of terraces! I’d love to be her neighbour. I’d probably compete. 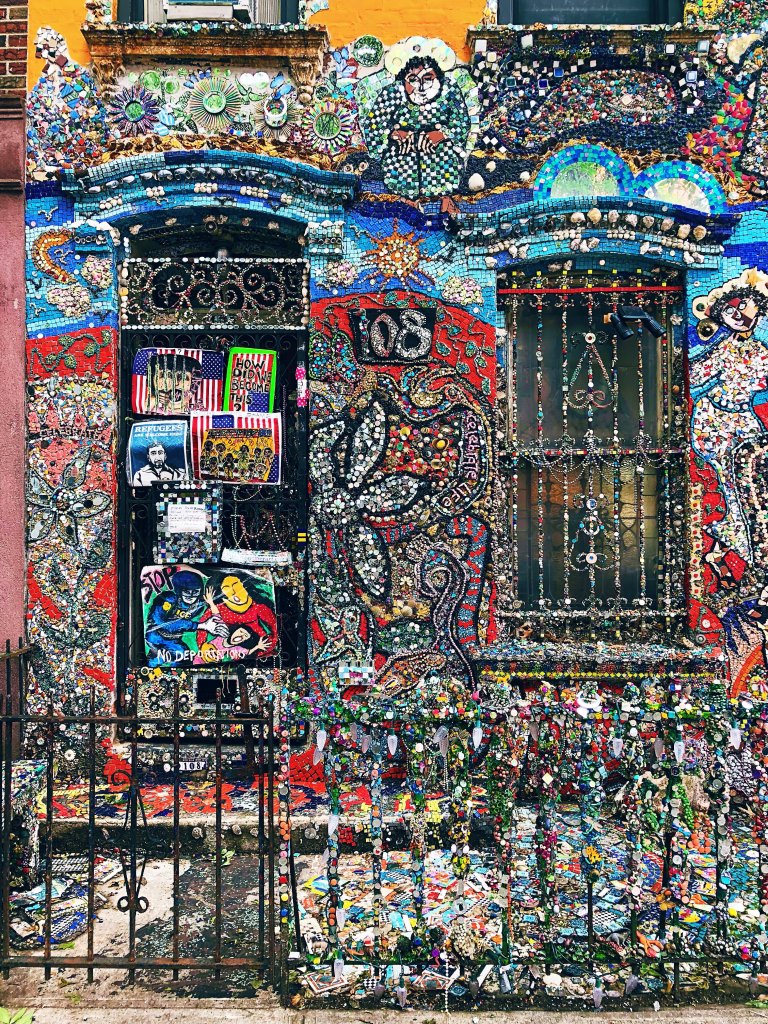 Her home is the Boerum Hill Mosaic House.  Apparently she has lived there for more than 40 years and started the mosaic just after 9/11.  She stuck a flower to the wall and just carried on sticking. For a decade. 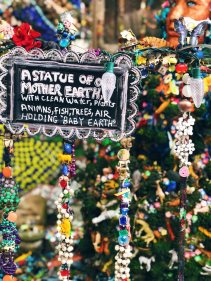 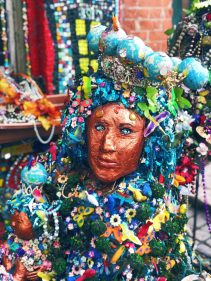 It rained while we were there. Heavily.  Push came to shove (geddit?) and we ended up in the Royal Palms Shuffleboard Club.

The only shuffleboard I have ever come across has been of the table-top variety. But this was a converted warehouse with about 10 shuffleboard ‘courts’ taking up the floor.

It’s like the next big hangout to rival bowling, table-tennis and beer pong, and it looked super fun, but they couldn’t fit us in for hours, so we settled with board games and cocktails and watched others play.  You can’t reserve courts in advance, sadly.

What I did love about Royal Palms was the decor. It really did look like the interior of a holiday village club room, like on Dirty Dancing or similar. It has a 60s but sophisticated vibe.

And the prize for the creepiest bar concept ever goes to…. House of Wax.

I imagined this little waxwork museum-cum-bar would be in a damp cellar somewhere hard to locate and we’d be the only patrons. In fact it took us a while to find because we didn’t realise it was in the Alamo cinema in a huge commercial shopping centre.

So I was a touch disappointed because it was actually rather busy and only the middle of an afternoon.

We ordered some happy hour drinks and I wasn’t overly bothered about looking at the relics because it just seemed commercial and not that cool.

Until Jenna returned with photos she’d taken of some of the wax works.  No one else really seemed to be looking at them.

There’s more than a hundred anatomical models, 25 wax death masks, wax depictions of birth, syphilis, and lungs afflicted with tuberculosis.  According to Atlas Obscura, the collection that was last on display in Castan’s Panopticum – a turn of the century museum Berlin that closed in 1922 – and put in deep storage.

You’ll probably want a stiff drink after seeing some of the exhibits, and the cocktails were nice and strong!

We went to full circle not long after as it continued to rain.

Full Circle is a bar nice little bar dedicated to Skee Ball – an arcade game where you throw 10 balls in succession at a circle and see which holes you can get it in and what top score you can get.

Best of all – playing Skee is free!

We were mostly impressed by this place as it was so welcoming and the staff gave genuine good customer service, especially after the nasty tipping incident.

We ordered a couple of margaritas and the guy serving us charged less than expected, he said it was because there wasn’t as much of something in as there should have been so he had to serve us smaller glasses – but they were still big! We left the tip but he didn’t pick it up for ages. Such a nicer laid back feel.

They also had a fun love letter station where you could write an anonymous letter to a stranger.

This third alternative guide for returning visitors to New York concludes the series:

You can read about our airbnb experience and our terrible tipping experience too. 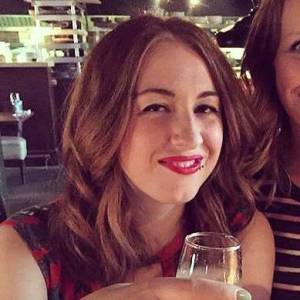