A couple of years ago I had the amazing opportunity to attend a conference in New York.  But I really couldn’t believe my luck that it fell just before Halloween!

I wanted to maximise my Halloween opportunities. I’m a fan of the festival, but in the UK we don’t celebrate it in the same way, it’s very much geared towards children and is more about themed tat you can buy from supermarkets and not about crafts and creativity.

I would have been a touch happier if I could have stayed a day or two longer til actual Halloween, but it was more additional days than I could afford, and when I booked it I was travelling alone and two days of lone travelling seemed enough.  So I needed to maximise the Halloween opportunities available while I was there.

I found this on a Time Out guide and it did warn that tickets sell out quickly.  A few weeks before I was set to leave I mentioned to a friend while I visited her in London that I was off to New York and that I’d have really liked to have a friend with me while I was there, but I felt bad asking anyone know their flight would cost hundreds, while I got mine paid for on business.  Travelling alone meant I wasn’t as likely to go to events further afield like this one up the Hudson River.  A few days later she got in touch and said she wanted to join me and it was so great to have a travel companion. I couldn’t have done this bit without her!

At the time of booking the only tickets left were mid-week (we took Thursday) at 10pm. It did mean we had plenty of time to get there after I finished the conference, in theory. 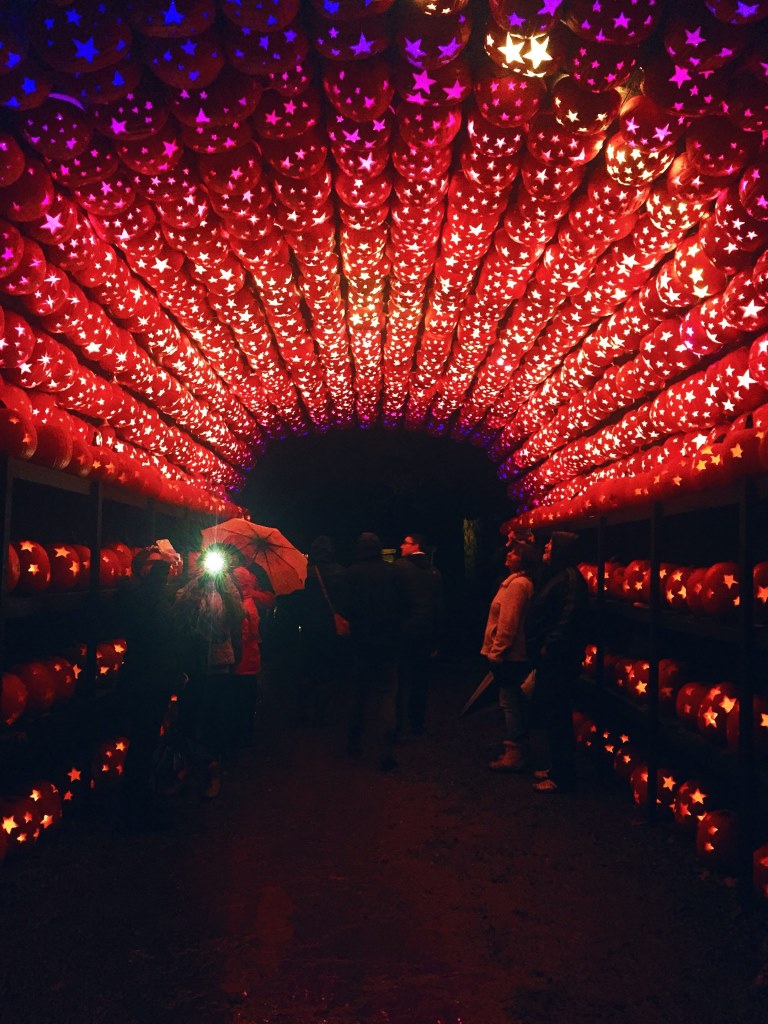 Time Out have an FAQ setting out nearly everything you need to know to get there.  We took the train from Grand Central station (which was exciting for me in itself) to a little station called Croton-Harmon.  We made the train by the whiskers, honestly their subway system is so much slower than you expect if you’re used to riding the London tube.

What the FAQ says: Van Cortlandt Manor is only a five-minute cab ride or a 10-minute walk from the station.

What the FAQ neglects to explain: Croton-Harmon station is dead and in the middle of nowhere. There are no cabs.  The 10-minute walk is not obvious, and American roads don’t really have pedestrians in mind because everyone drives.  It requires walking along the side of a motorway type thing, it was super dark, sometimes there wasn’t a pavement, there were times we needed to cross the road and it was virtually impossible.

What the FAQ says: When you go, make sure to take a moment to admire all the lovely fall foliage upstate.

What the FAQ neglects to explain: if it’s been raining the ground will be sloppy.  Now, I know when I set off that driving rain had been falling all day.  But I did not take wellies on my trip, who takes wellies to New York?! In my head I thought that American people drive everywhere anyway, and wellies / walking boots don’t have a place there.  The best I could do was wear my Converse canvas shoes.

What a misdemeanor! Because it was so late and therefore dark I couldn’t see where I was walking, and the organisers of the event had put woodchip down on the flooded(!) areas, but this did mean that you couldn’t see where the puddles were when you put your weight on it.  We were soaked through to the bone.

There is a finale to this story: the trains back to New York City were very infrequent (hourly) – of course I knew this from planning but we didn’t know the station would be so deserted.  Getting back to our hotel was such a nightmare and we didn’t actually get back til like 2am, completely soaked through. But it was all worth it – a really great Halloween experience.

The event itself is features more than 7,000 hand-carved, illuminated pumpkins and takes place in the mysterious backdrop of Van Cortlandt Manor’s 18th-century buildings and riverside landscape.  It’s where Sleepy Hollow is!

The pumpkins are structured into large sculptures and some of them depict local monuments like the Zee Bridge, with an explanation alongside. 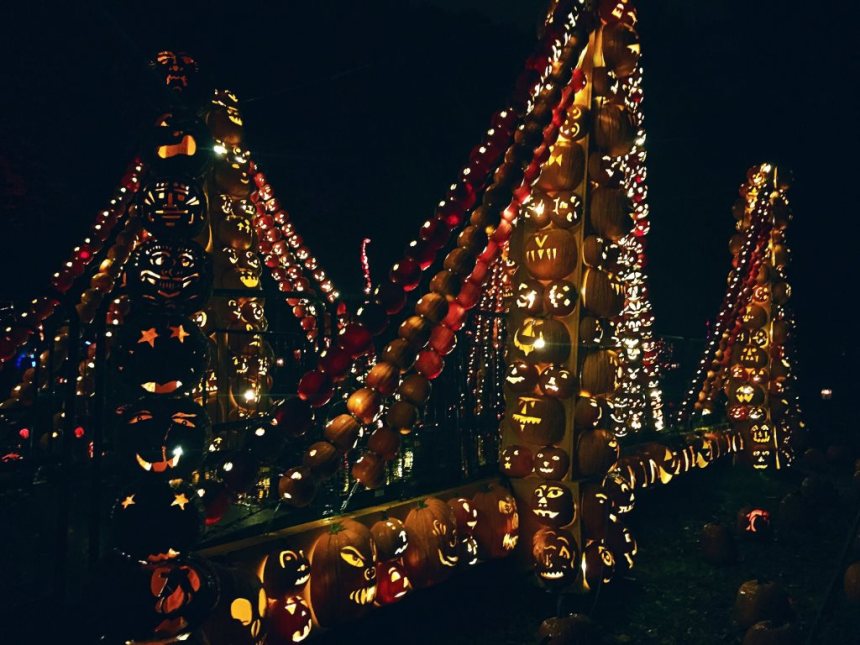 After the ~90 minute browse you exit through the gift shop.  I bought some pumpkin butter as a souvenir.  There was also food and drinks tents – thank heavens – with lots of hot beverages on offer.  I think the gift shop staff felt really sorry for us because we were soaked through foreigners. 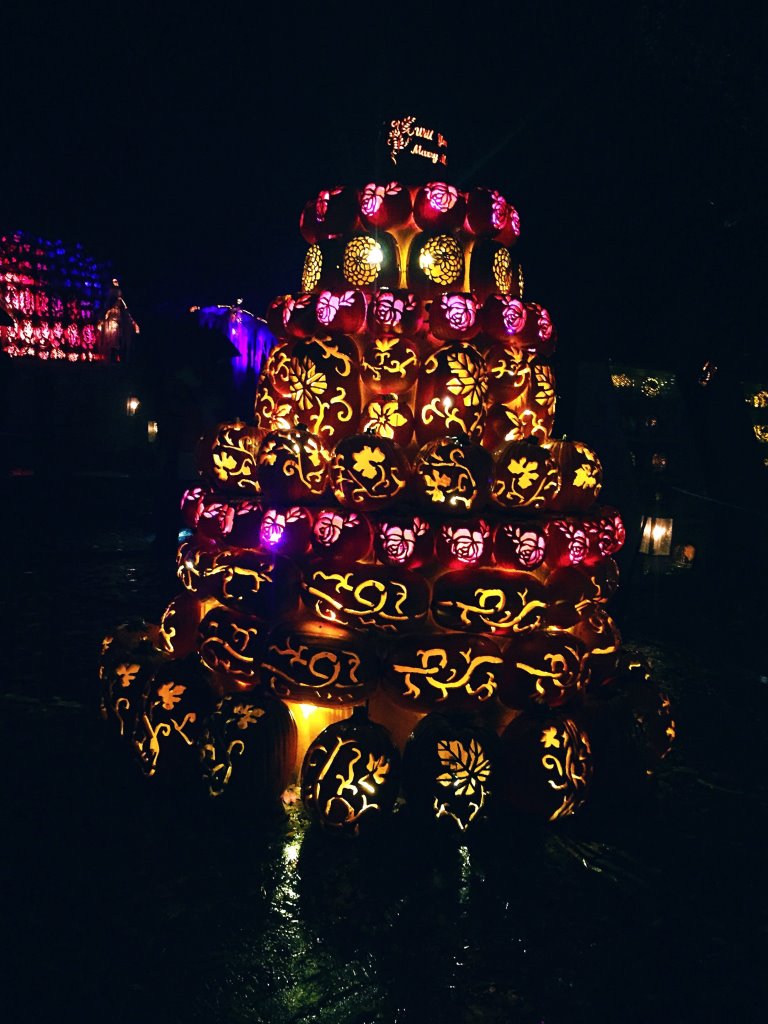 My heart sank when I realised most of the big Halloween events like the Village Parade would be on actual 31 October. I mean why not do it on the weekend so I could be there!

But what I did find at the weekend was the Annual Great PUPkin Dog Costume Contest.

It’s been on the go for 20 years, and is organised by Fort Greene Park Users and Pets Society (PUPS!), a social non-profit organisation for dog owners who use Fort Greene Park on a regular basis.

It attracts a lot of attention including some TV film crews! Here’s why! 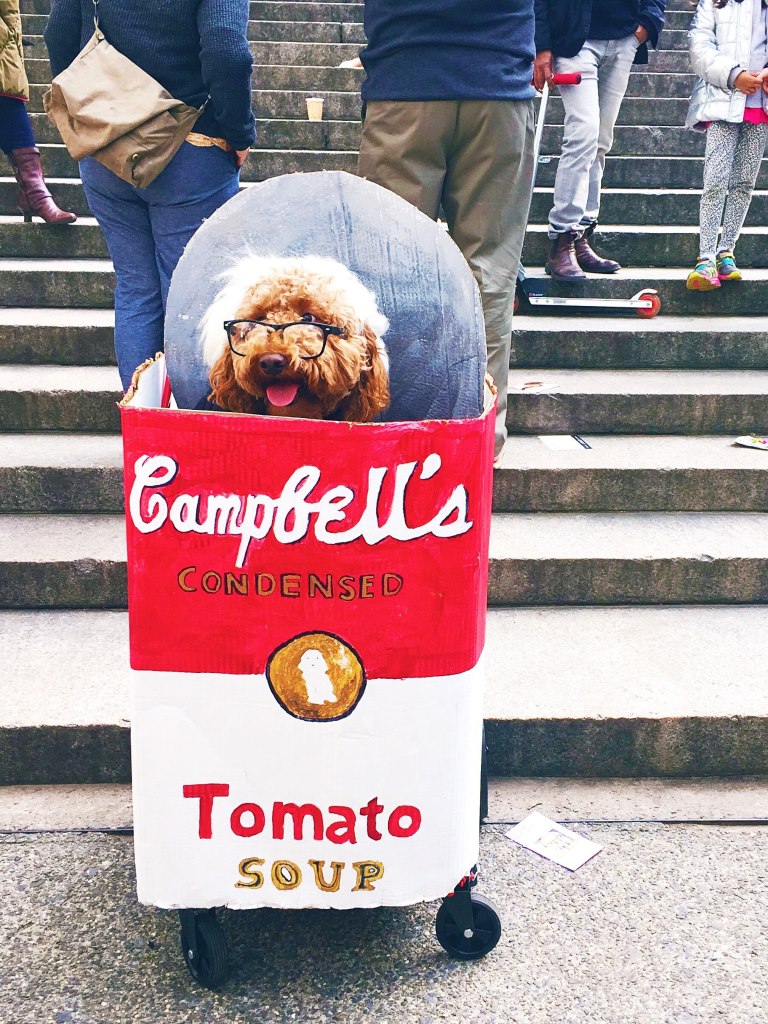 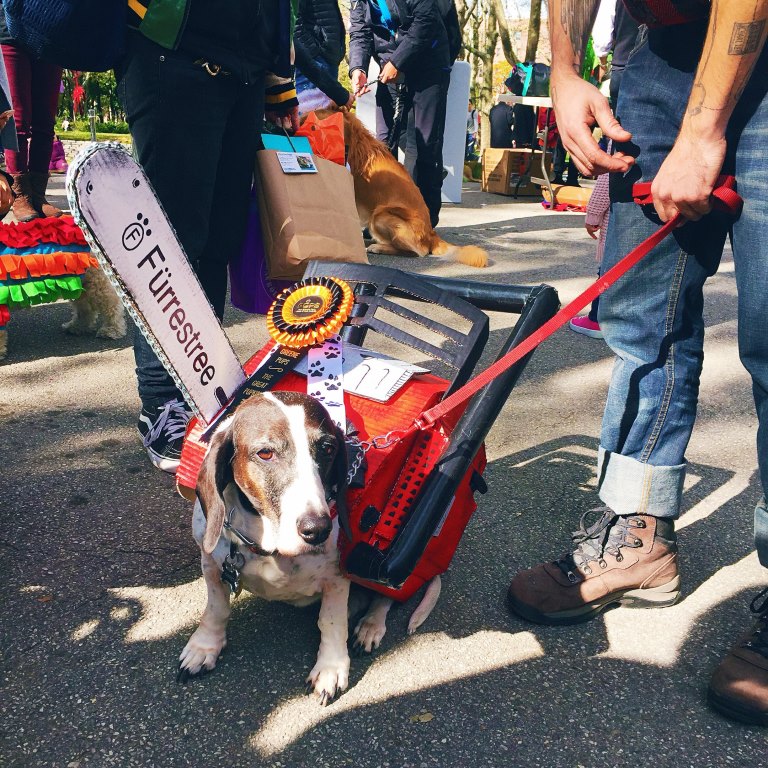 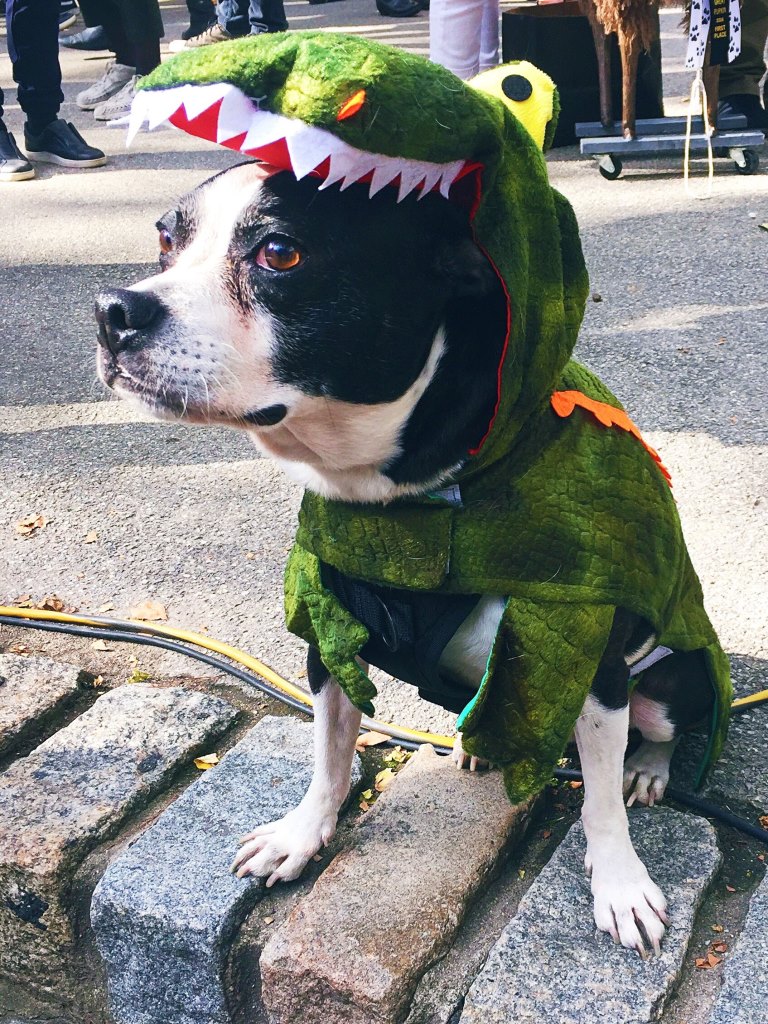 🐶 Fun event over the weekend

🐶 Buzzing with contestants, spectators and the media